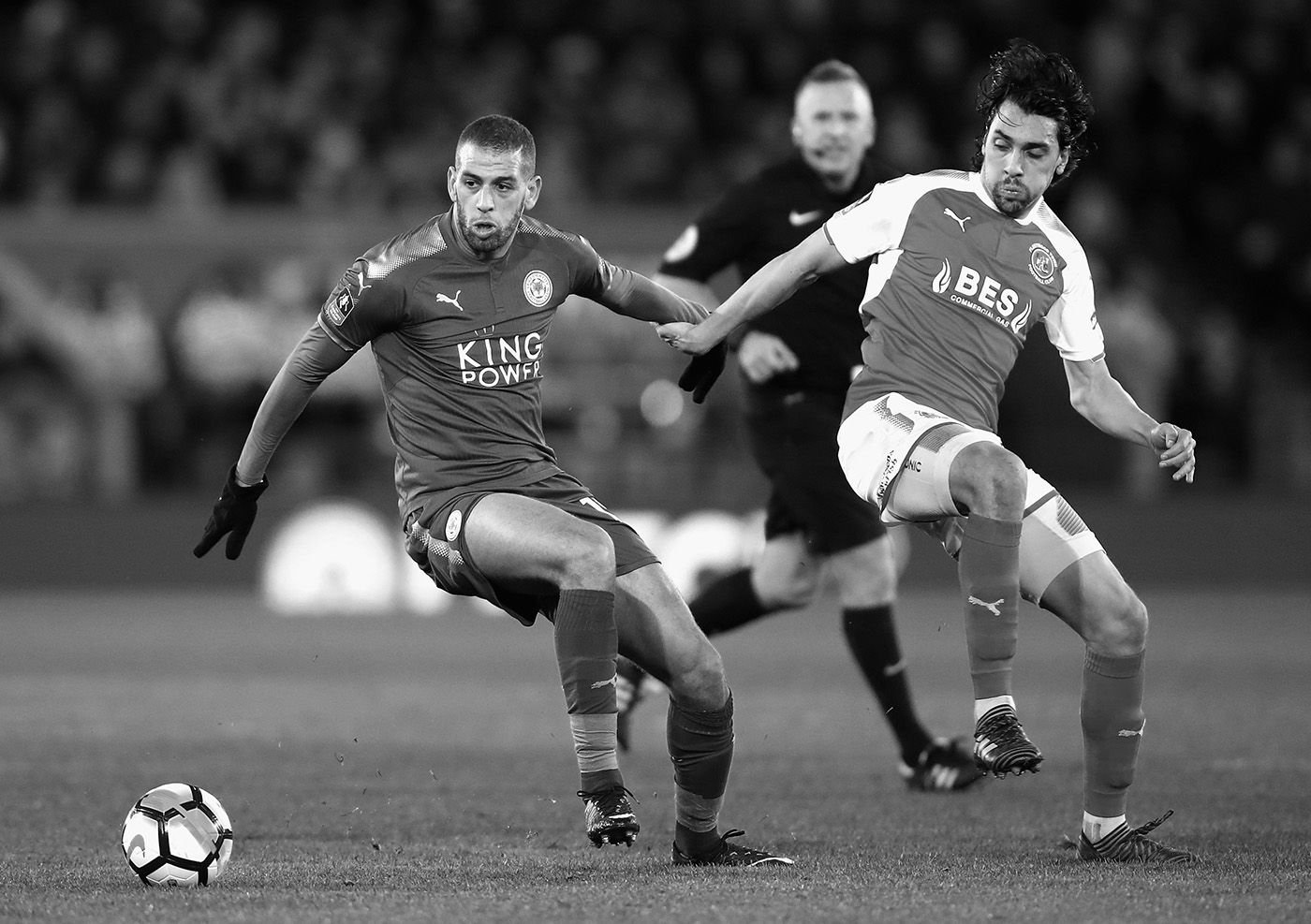 All Eyez on Slimani - Newcastle United's hopes rest on Algerian

First of all..I apologise to absolutely no-one for my headline.. A lot has happened since my last post, rather, a lot has NOT happened since my December scribbles. Back then it looked like Amanda Staveley and PCP Partners were edging towards a deal to buy Newcastle United with grand ambitions. Talks of huge transfer budgets to come deceived but a few.

Then, the inevitable kidney shot from Mike Ashley arrived - rejecting any prospective deal with venom. All of this, with previous time remaining in the January transfer window for Rafa Benitez to bring in faces to save this fantastic club from yet another relegation.

As the transfer window edged towards it's feeble close, Newcastle pushed for a deal for Feyenoord's Danish danger man - Nicolai Jorgensen. The Dutch club outlined that they wanted £20m for the 27 year-old and in true Newcastle United style, they offered less on multiple occasions and were told to go shove it.

All appeared lost, until a phone call to Leicester City managed to yield Islam Slimani. Rafa spoke to him personally and hours later the Algerian was officially a Magpie for the remainder of the season. He was swiftly joined by keeper Martin Dubravka marking a half decent conclusion to the window. Relief, but a palpable feel of resignation too. It was a poor window. Too little too late, but something nevertheless. Hope.

Interestingly, Slimani was Benitez's #1 target at the beginning of the New Year but even he - reportedly - felt that the £29m man was out of reach. It took a disappointing snub from Danny Sturridge (who chose to join the Midland chaos) for Newcastle to eventually inquire about the Algerian and combined with a PR disaster at West Ham, Islam arrived on Tyneside.

It was a signing that surely somewhat lifted spirits around the club. Benitez's men managed to trump a colossally expensive Manchester United side - Matt Ritchie slotting home beautifully to send St. James’ Park into raptures. It was an incredibly proud result for Newcastle United and Rafa Benitez, a throwback to what this Club is all about. The supporters inside SJP were nothing short of incredible too, and when Dwight Gayle blocked two efforts off the line towards the end of the 90 minutes - there was a tsunami of encouragement, an affirmation that not only was the upset was on - it was nearly complete.

Slimani & the hopes to Survive

Now, though, the real challenge awaits. Newcastle are still perilously poised. We need more wins. Hard work and organization can do wonders for a team at the foot of the table, but we need goals to keep our heads about the parapet. Slimani is the only striker in that side that can deliver. That may sound harsh, but neither Joselu or Gayle will fire us up the table.

Slimani has never managed to break into the current system at Leicester City and Claude Puel's reversion to a Vardy-Mahrez @ #10 combo has all but sealed Islam's future at the club.

I fully expect Slimani to move elsewhere come the summer, but with just 11 games remaining in the Premier League - all eyes are firmly fixed on him to provide the goals to stay afloat.

I'm cautiously optimistic, fueled by the fantastic victory over MUFC and recent away day hauls.