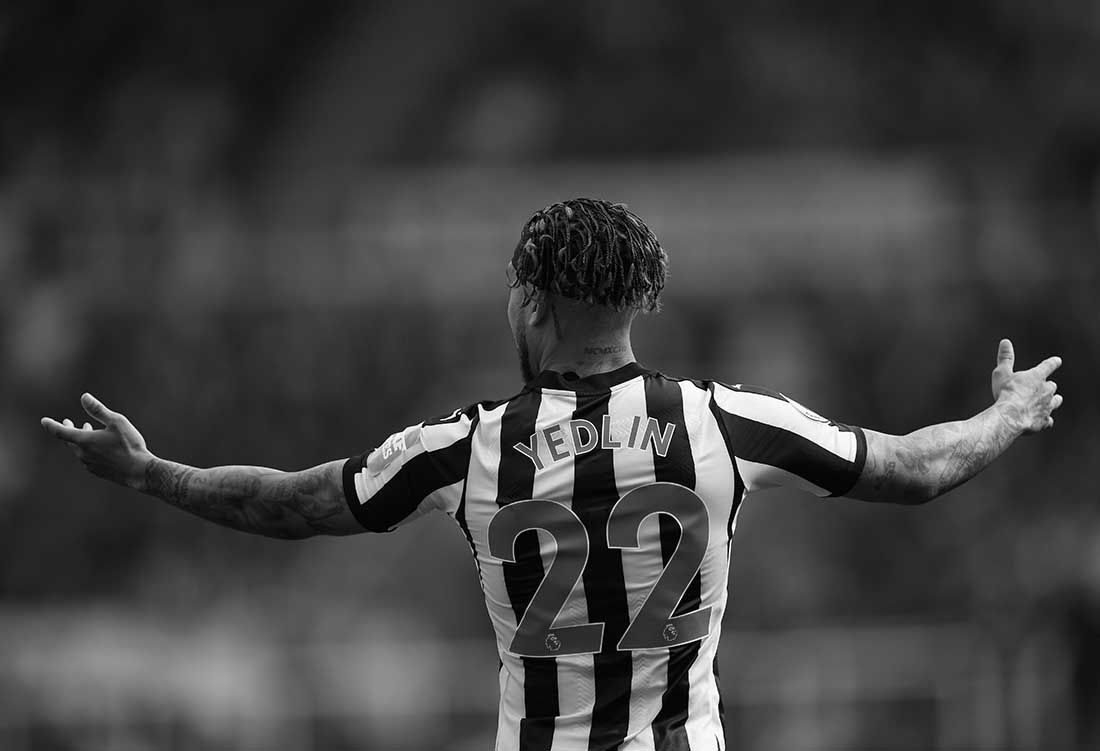 Newcastle United all but secured Premier League safety with a fantastic 2-1 victory over Arsenal at a sunny St. James’ Park last weekend and it was game that embodied the team spirit of the current squad. Hard graft, defensive solidity for majority of the game, and a sprinkling of quality to tip the scales in our favour. Ayoze Perez's classy finish set the tone for the remainder of the 90 minutes, sending SJP into raptures for the second time in two weeks. The Spaniard also assisted Matt Ritchie's smart finish for the winner, marking a pretty incredible three weeks for the Tenerife-born forward. As many of you will know, I am a big fan of Ayoze and think his technical ability is incredibly unappreciated. I also believe he is the best finisher in our forward line, although he hasn't had chance to show it over the course of the season. This post ain't about Ayoze or his impeccable hair though, but rather DeAndre Yedlin and a short appreciation of the American this year.

Yedlin joined Newcastle almost two years ago, brought in by Rafa Benitez as the Spaniard assembled, what turned out to be, his Championship winning side. Despite his Sunderland background, Yedlin's performances in the second division of English football soon endeared him to Toon fans, with plenty of hard work and effort on display throughout the campaign. He even grabbed a goal away at Derby County to set the ball rolling nicely.

Many expected Benitez to further strengthen the right-back position upon promotion, but Yedlin has been a steadfast member in Newcastle's back four this season. His pace has been crucial to the side's defensive efforts this year. In the top flight, full-backs need to fast on their feet, with the ability to go up & down the wings like a fiddler's elbow. Yedlin has also established a bit of chemistry with the midfielders in front of him, allowing the USA international to get forward and drill some crosses into the area. His assist for Ayoze last Sunday was testament to that.

DeAndre also provided the pass for Dwight Gayle's opener at Old Trafford earlier this year, again - note where he finds himself as NUFC players get into the area. A nice draw back pass from ‘Yedlinny’ again. It is also worth looking at how similar those two passages of play are, in fact, the positioning of Ritchie and Gayle is near identical, it's almost like they've been working on it all season..

Standing at 5'8, he can sometimes be targeted for his lack of aerial prowess, particularly from crosses out wide, but his tracking & linkup play, for the most part, makes up for it.

As we approach a hopeful summer in terms of recruitment, I would expect Yedlin to stay, but whatever happens, the 24 year-old has been a very solid signing for £5m. It is hard to believe he is just 24 given his EPL spells with Spurs and Sunderland.

Hard work means a huge amount at Newcastle United - we all know that. However, coupled with a bit of quality and diligence, supporters will take to you like wildfire. Yedlin has found himself part of a strong-willed side that Rafa has assembled over the course of the past two seasons, and for that - fair play to the lad.

Comments welcome as ever, and don't be scared to follow me on Twiter @KevinDoocey