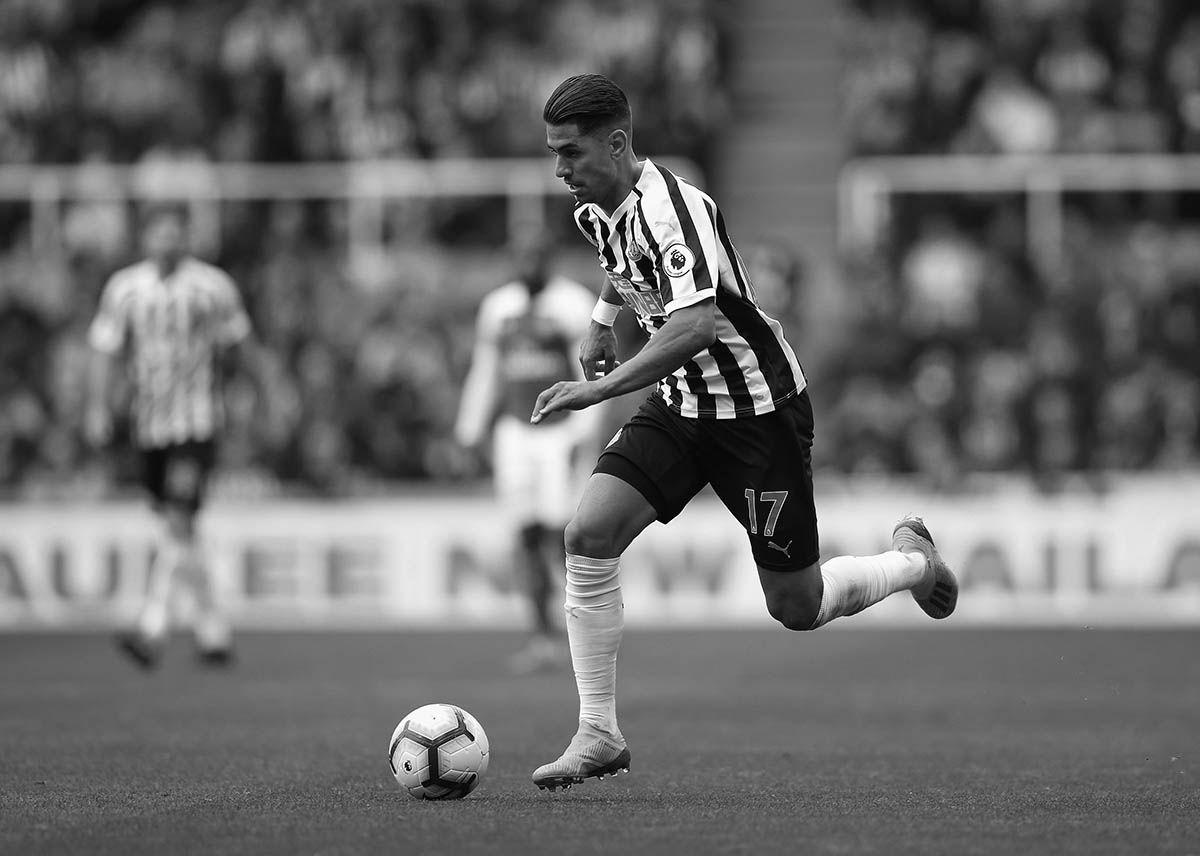 There are three guarantees in life; taxes, death, and the annual criticism of Newcastle United striker Ayoze Perez. The slick-haired Spaniard arrived from the beautiful Tenerifé in 2014, with the plan of being introduced to the NUFC development squad. He was a highly sought after talent, with FC Porto and even Barcelona admitting to interest in signing him. Perez quickly impressed on Tyneside, and gained a starting role before too long. He netted seven crucial goals in his opening season, in what was a pretty disappointing campaign under Alan Pardew. He also nabbed 6 in the relegation season of 2015-16, before grinding out a return of 9 in 36 in a grueling Championship campaign. Rafa Benitez has ensured that his fellow countryman continues to develop, both physically and mentally, yet, even after all of these years, to say he has nailed down exactly where he fits in on the pitch would be a lie. There has been some acceptance of him as a #10 operating behind a lone front man, whilst others argue that he is one of our better finishers and should be playing up top as part of a 2 man strike force. Plenty shout that he should be on the bench, too.

Each and every year, I read of criticism of Perez. ‘He needs to be dropped’, ‘He adds nothing to the team’, ‘He is in no way a 15 goal a year striker’. The list goes on and on. Often there is some merit to these claims, mind. Ayoze can be poor at times, and frustrating to watch, particularly when he loses the ball in a position of opportunity. Then again, the exact same can be said of plenty other players in the squad. Perez is an easy scapegoat, and sometimes invites criticism with the way he reacts to tackles and confrontation. Given his background and the culture of football he grew up in, there are certain aspects of his game you won't eradicate. Seizing on the chance of winning a free-kick rather than get up & on with it, for one. It is, however, for good reason that Ayoze Perez has been kept around for so long though.

Yet, in all of these criticisms, one has to ask, why is is that Rafa Benitez continues to play him? There's a reason that some supporters fail to recognise. His work-rate and intelligence come to the fore. He provides link-up play to the front men. He tracks back and hassles opponents when NUFC do not have the ball. A lot may not notice, but Ayoze grafts & grafts quite a bit. He receives and unleashes the ball - in most cases - quickly, and in turn ensures dangerous transitions of play when on the attack.

To repeat, there is a reason Ayoze plays. He is a smart footballer, with more technical nous than the majority of the squad.

However, let's not forget his goals throughout the years. His goals have practically kept NUFC in the Premier League on two occasions. Alongside a substantial Kenedy contribution, Ayoze finished as the club's top goalscorer last year. Three in a row in March & April of last year ensured 9pts against Huddersfield, Leicester and most notably, Arsenal. Those victories helped keep Newcastle in the top flight of football, make no mistake.

Yoshinori Muto looks a similar enough player, and it's no secret that he has been signed to provide competition for Ayo. The Japanese international will take a while to settle and the physicality of English football will take some getting used to. Until he does, Perez is likely ahead in the pecking order.

Between now and the end of the season, I'm sure we will see Ayoze chip in with some crucial goals, and important assists. With a lack of firepower up top, he will be an integral part of the Magpies’ attacking intentions. Quick passes to him in the hole are to be a key ingredient. With willing runners out wide and target man to support, Ayoze has the ability and game intellect to turn Newcastle's forward line into a efficient, rewarding outfit on the counter.

Lastly, at 25 years-old, Ayoze still has plenty of learning to do, but there is a reason why Benitez plays him so regularly, and that Barcelona & Spain have been looking in and around him over the past few years. Whilst his criticism has been like clockwork, so has his yearly contribution to the cause.

If you feel like disagreeing or just saying hello, by all means using the comments form below, or reach out @KevinDoocey.