Does Kinnear’s resignation signal a victory for Alan Pardew? 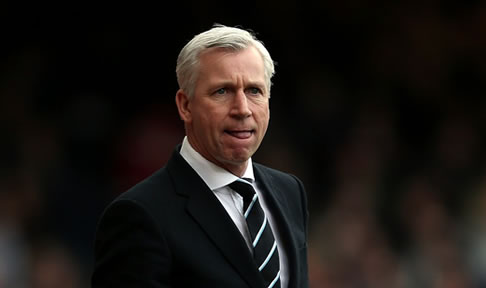 Finally there is a little good news on Tyneside. Newcastle United's Director of Football Joe Kinnear announced his ‘resignation’ from his position at the club with immediate effect — just hours after Tyne Time delivered a verdict on the ‘job’ he had done so far. Of course it is likely that Kinnear resigned earlier that day, we'll just all pretend that he read our article and decided it was time to go, OK?! Anyway, the news was met with joy amongst Newcastle United fans and signaled a very positive move from the club. Whether Kinnear actually did pull the plug on his own time at the club or indeed was ultimately sacked by Mike Ashley, we do not know for sure, but from the look of the official club statement and the lack of substance to the publication itself, I would hazard a guess that the Irishman was told to resign to save an ounce of pride. Either way, it is great that he is no longer our Director of Football, but it might hold higher significance to one man above all: Alan Pardew.

When Pardew was asked to answer a line of questions from the Mirror, he was edgy and reserved in his response. As Simon Bird - an infamous pal of Joe Kinnear it is worth noting (!) - moved on to transfers, Pardew issued the sternest statement yet regards his true feelings of the January transfer window and the lack of action on Newcastle's behalf.

Pardew said: ‘I’m a professional manager. You know, if I was in charge, solely, of transfers, the answer might be different, but I’m not.’

It does not take much to figure out that Alan was more than likely angry at the failure to replace Yohan Cabaye, and if he had been solely in charge of transfers I would have expected Tom Ince, and a couple of other home-grown players to have arrived on Tyneside - although his acquisitions may have been questionable to say the least, in both age and ability.

Many will say that Pardew is a puppet for the current ownership at the club and that is true to an extent. However, I do believe that the 51 year-old holds a true passion for the club which sometimes can make him look a tad daft (Pellegrini sideline outburst). Others have questioned why AP does not resign from his post to save himself the hassle of trying to pick up a disenchanted squad, but the reality is - the ex-Charlton boss would never get a job of the magnitude of Newcastle United.

He would perhaps get a team in the nether regions of the Premier League, but not quite a club of our stature, and that's not to sound arrogant, it is the truth.

So, when Joe Kinnear announced his resignation just eight months into a three-and-a-half year deal Pardew was no doubt relieved, perhaps even delighted. The two never made any contact behind the scenes, and to be honest, that is probably down to the fact Kinnear did very little at all when in his position of trust.

Whether his departure comes as a ploy to reinvigorate the thousands of supporters that have already cancelled season tickets in protest at the current regime or not remains to be seen, but whatever way you look at it, it marks a positive move from the club. No more Kinnear, no more nonsensical radio interviews.

For me at least, and feel free to disagree, I think JK's exit marks a victory for Pardew. Hopefully now the recruitment team can work with AP and the intermediaries to conduct straightforward business in the market from now on. Nicola Cortese is currently out of a job and has solid experience in such a position within a football club, but we expect that there will be no appointment any time soon.

Others will argue that it is a sign Mike Ashley is ready to sell up, but that one is for the eternal optimists, and even I think it might be a stretch too far at the moment.

What do you make of Kinnear's resignation — what does it mean for Newcastle United? Comments in the section provided, cheers 🙂