Steve McClaren, mayhem and the mess at Newcastle United 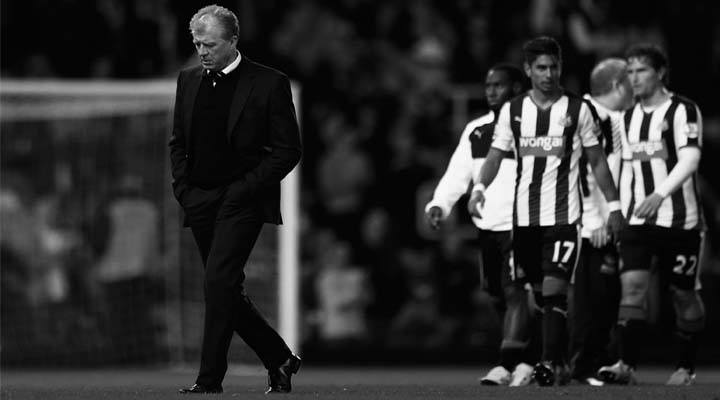 McClaren - Failing to make the transition from Championship to Premier League

We are now thirteen games into the new Premier League season at St. James’ Park and being perfectly honest, I couldn't be bothered writing an article on this squad or this football club but duties call, and a post is due. My last piece on Coloccini committing his future to the club dates back to the start of August, and unfortunately, he has since signed a new deal to keep him on Tyneside for the foreseeable future. I say unfortunately because the man is a coward. A passionless, spineless, excuse of a captain. The armband at Newcastle United should be held by a leader; Coloccini has been nothing short of disgraceful over the past couple of years. As captain, he should be setting a positive example to the players around him. Indeed, he should be demonstrating the effort, the determination required to win games in the Premier League. He hasn't done anything of the sort. A new contract was the worst thing possible for this football club, a club looking to make a new start. We got rid of the deadwood in the backroom staff, we appointed a new manager, and a new boardroom setup. Yet this progress was scuppered when Coloccini signed a new deal. With a chance of a clean slate, the club took two steps back by rewarding an underperforming, overpaid mute of a captain in Coloccini. It has since come back to haunt them.

Anyone who may follow me on Twitter might know that McClaren wasn't who I, or many others wanted as the next manager of Newcastle United. Back in January of 2015, when John Carver was trusted with seeing out the remainder of the campaign, I said it would be very, very disappointing if after all of this, we held out for Steve McClaren come the summer. Well, we did.

Soon as he was sacked by Championship outfit Derby County for failing to even make the play-offs despite spending large sums of cash, we snapped him up. That and a fair few of his backroom staff. It was such a lazy appointment. Lazy, lazy, lazy.

As I write this, I've been reading about how McClaren and his backroom staff has heated exchanges with players behind the scenes following a shocking start to the season. Apparently, it was laid down to the under-performers that - in other words - they've been nothing short of sh_i_te. It is being touted as a ‘bust-up’ across many media outlets, and I genuinely hope it was. It would be the first bit of passion on display for a long, long time.

Fair play to McClaren for having a go at the them (if true) because it's long overdue. This squad, primary the French players - have been disgraceful in their efforts on the pitch. I can count on one hand the amount of players that have genuinely tried in a Newcastle United jersey this season. None of them are from the land of Liberté, égalité, fraternité.

Ayoze Perez and Daryl Janmaat are two that can't be faulted for effort, and I wouldn't blame them if they looked to move on in January. We know Ayoze is being tracked by the likes of Manchester United, and you can be sure he'll jump at the chance to leave the club if the opportunity presents itself in the near future.

People are tired of hearing about the need for more homegrown talent, but it's true. We need more British and even Irish in this team. We need to stop buying French players. Florian Thauvin for example - why the hell did we need to spend £12m on this fella when we should have invested in a left-back, or another centre back? Absolutely ridiculous. We need grit and fight - like the core of a squad we had in Kevin Nolan and co.

Next up we visit Crystal Palace, and lock horns with ex-Magpie manager Alan Pardew. You can be sure the team will lay down for beating at Selhurst Park and pretend to look dejected at the final whistle - Yohan Cabaye to score and Palace to win, it'll probably be one of those days, again.

With that all said and done, something has to give. McClaren won't be sacked unless things go seriously awry come May, so talk of Clarence Seedorf taking over (CLARENCE SEEDORF!) is nothing more than made up nonsense. Maybe McClaren will sort out this current bunch of misfits and ship on some of the deadwood in January, but it doesn't look good.

This is where you land as football club when you appoint Lee Charnley as Managing Director and delegate a whole lot of responsibility to someone who I doubt has ever kicked a ball in his life. Then again, I did warn you all..

Comments welcome as always, and be sure to follow me on Twitter @KevinDoocey if you fancy it.