What Crystal Palace fans can expect from Andros Townsend 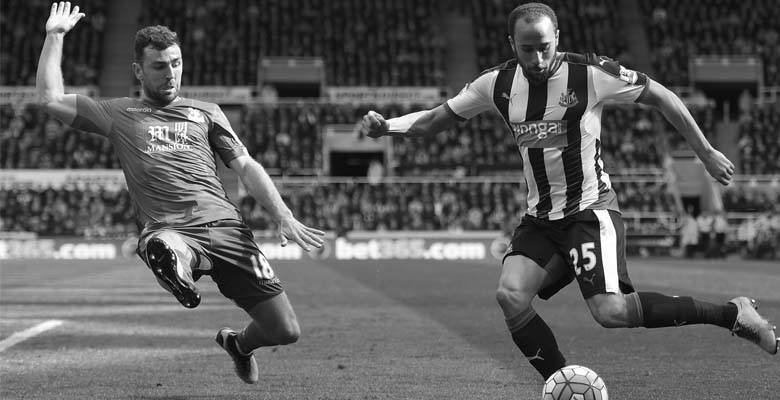 Crystal Palace completed the £13m signing of Andros Townsend from Newcastle United Friday last, with the England winger departing St. James’ Park having just arrived in January of 2016. The move did not come as a surprise to most Newcastle supporters as Townsend had raised his profile with a string of fine performances in an ultimately fatal season on Tyneside. Many fans were left a tad disappointed as the 24 year-old penned a five-year deal at the Selhurst Park outfit given his relationship with manager Rafa Benitez, but as is football. Townsend departs on good terms having tried his best to keep Newcastle United in the Premier League, and with upcoming World Cup 2018 qualifiers on the horizon and a new England manager to be decided upon - Andros feels his interests are best served performing the Premier League each week, and it's hard to argue with that!

In this day and age, there are tireless numbers of articles floating around focusing on various players’ statistics for a given season and all else, but this post is simply a quick insight into Townsend, and what he might offer Crystal Palace in the upcoming Premier League campaign - like I did when Mathieu Debuchy joined Arsenal.

Quick & Direct - Powerful Down The Right

When Andros Townsend arrived at Newcastle from Spurs in January, NUFC manager at the time Steve McClaren opted to start the 24 year-old on the left-wing. It was clear after just a couple of performances that AT was far more suited to starting on the right hand side. Motoring down the left flank worked OK, but he rarely found an opportunity to shoot, instead cutting in and laying off to a centrally position teammate.

McClaren soon realised and Townsend started games on the right, allowing him to speed away from his opposing full-back, and eventually cut back onto his left to either release a peach of a shot or find a cross for Aleksandar Mitrovic. His direct running caused serious problems for his marker and combined with his pace; even though the defender knew what he was planning on doing, stopping him was a very tough task. He is very direct, as Palace fans will soon see.

A strong feature of his game whilst in the North-East was his ability to trackback and help out his full-back. When protecting a lead and trying to grind out three points (both ourselves and CPFC fans under Pardew will know all about this!) Townsend often doubles up with his full-back for extra protection. His work-rate was excellent for Newcastle, and I'd expect much the same at Selhurst Park.

Right & Left - Excellent With Both Feet

When watching Townsend, ‘one-trick pony’ has often been bandied about. He loves cutting in on his left and having a pop, or picking out a head in the box, but the ex-Spurs winger is extremely talented on his right foot as well. While predominantly left-footed, Townsend has the ability to deliver some great crosses with his right, and on the final day of last season, he almost scored an absolute peach against Spurs with his right, only to be denied by crossbar.

It is also worth noting that he is a fairly good free-kick taker, as Palace fans found out last season. He has the ability to rack up a few goals each season, as his record at Newcastle proves. In 12 appearances, he managed four goals, and two assists - a pretty decent return for a relegated side given that he only arrived in January.

For £13m, Townsend is a very good player. Given the inflated prices of 2016, I'd nearly call it a steal! Saying that, if it wasn't for the release clause in his contract, he wouldn't be leaving for that money, but fair is fair.

Hopefully this short post gives some insight to Palace fans about what Townsend brings to the table. A hardworking, pacy winger with the ability to score some fine goals. I'll leave you with a short YouTube clip of his time in the North East.