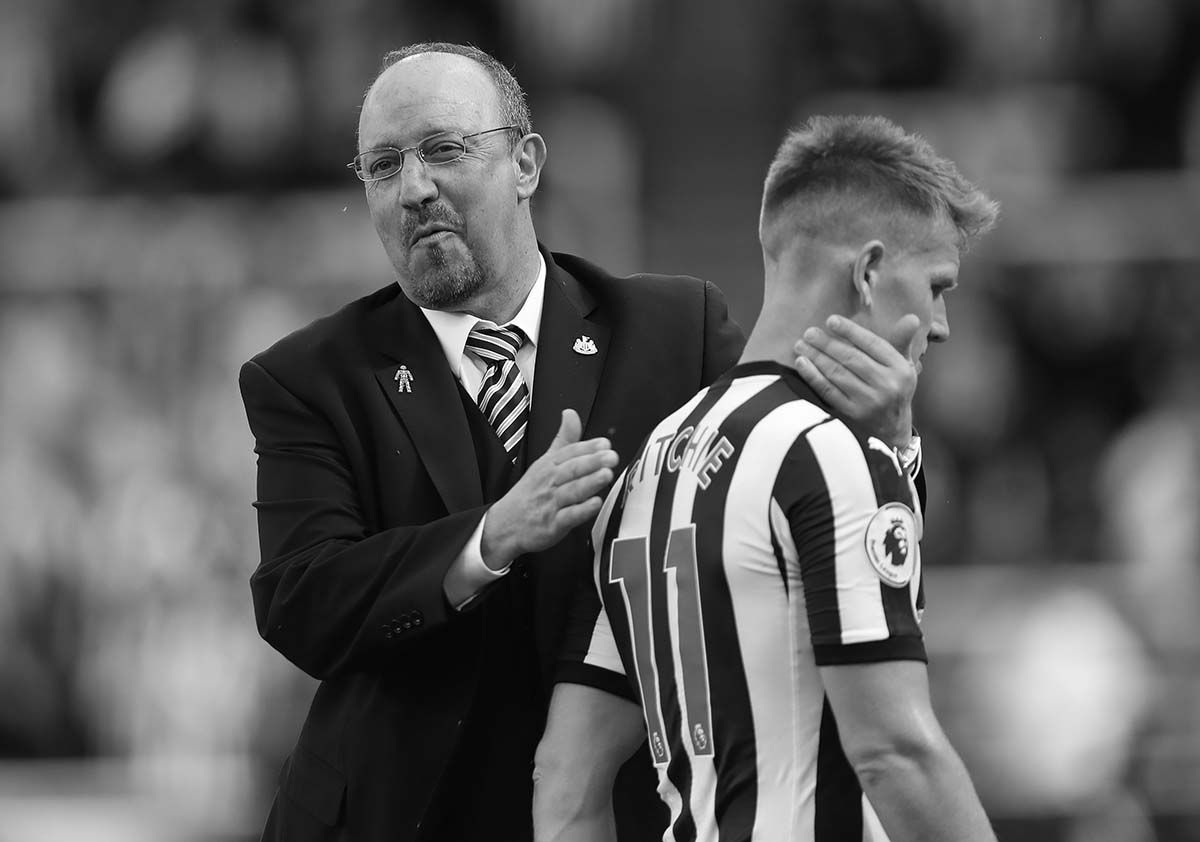 Rafa Benitez and Lee Charnley have spent the summer so far trying to flog a number of Newcastle United fringe players, to no avail. Chancel Mbemba, Matz Sels and Henri Saivet are three names that make up the brunt of the headlines across local media & abroad. Mbemba seemed set for a move to FC Porto only for it to stall, while Sels is subject to tight Belgian pursestrings as Anderlecht can't afford his fee. All of this has contributed to a lack of movement in terms of incomings, with Benitez working behind the scenes to get the squad ready for a tough second season in the Premier League.

Most worringly though, is the traction gained behind Matt Ritchie leaving the club. John Percy of the Telegraph claims that Stoke City & Middlesbrough are battling it out for his signature, with Rafa willing to let the Scotland international leave. A fee in the region of £15m has been mentioned, but it is one of the stranger developments this summer.

Ritchie had a decent EPL season with Newcastle last campaign, scoring some crucial goals in the process. Winners against Manchester United & Arsenal all but helped save Benitez's men from relegation and throughout the course of the season, Ritchie's influence both on the pitch and in the dressing-room became apparent. He is a very well-liked figure on Tyneside, which makes his potential move away a quite bizarre one.

Losing Ritchie would mean a void that needs filling and regardless of who we might replace him with - we are starting the new season with a considerable shortcoming.

It is reported that Benitez is more than willing to sacrifice Ritchie in order to replace him with a better talent, but that aside, the fact we may need to sell him spells significant financial trouble. There is no solid transfer kitty ready for spending without raising funds, whether it be moving folks off the wage bill (Sels, Mbemba, Mitrovic, Gamez, Saivet) or selling key figures.

This link goes hand-in-hand with Mikel Merino's imminent departure. The talented Spaniard looks likely to return to Spain this summer, in a very disappointing, albeit unsurprising turn of affairs. If Merino and Ritchie both leave, there is a pretty considerable rebuild job to be done on that midfield.

The World Cup (which has been brilliant so far, truth be told) has inevitably delayed any movement in or out this summer, but it is isn't looking good for Newcastle at the moment.

In a summer in which we let a host of players leave, including two important midfielders - it will take one hell of a July-onwards to deem the transfer window a success and that's before a ball has even been kicked.

Worryingly yet predictable - a day in the life of a Newcastle United fan, eh?