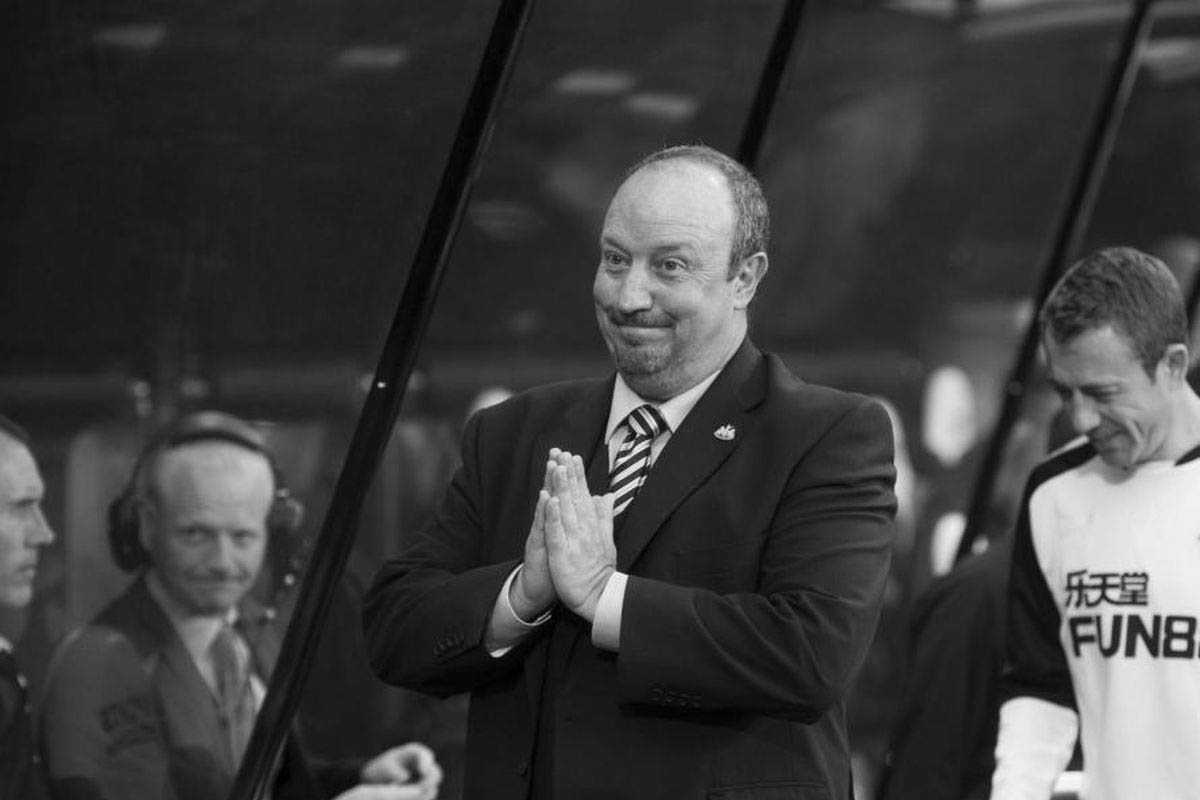 Benitez not without blame but only a fool would point finger

It has been a strange start to the new Premier League campaign at Newcastle United, and by strange, I mean completely predictable. A new season usually brings about a sense of optimism - whether blind or not - and the hope for a year of excitement. One wishes that those cold winter fixtures will have meaning other than merely existing around the lower half of the table. That would be the case for most clubs, but Newcastle United isn't like most other teams. After a downright disgraceful transfer window that saw a relegated forward arrive with the hopes of Tyneside riding on him, he has barely kicked a ball. Rondon did find the back of the net in the league cup to level things up, but in true NUFC style, they went on to concede two goals in a matter of minutes and exited the cup. Since then he has been nursing a knock which has ruled him out of the past few games. The lack of striking options has proven disastrous too, as Rafa Benitez's men sit at the foot of the table with just 2 points from a possible 27 with November fast approaching.

Despite the horrendous start, which, to be fair, has included some very tough fixtures - no team has ever been relegated in the month of November. A manager of Benitez's ilk is more suited to fighting for titles/major trophies, but at NUFC he has been faced with a constant struggle with owner Mike Ashley and an average squad that is showing real weakness so early into the season. It's a worrying situation, make no mistake about it. Benitez knows that too, and despite being a crafty, calm individual, recent comments would suggest that he fears a real relegation battle in 2019.

I've been reading a lot of varying views on Rafa Benitez and Newcastle United over the past few months. It has ranged from complete, uninformed (perhaps purposefully so) opinions from folks who have lack class & principle (I'm looking towards Qatar..) to realistic, impartial analysis from parties close to the heartbeat at St. James’ Park. The majority of half-sane people know that Rafa Benitez is doing his utmost to keep NUFC in the Premier League against a barrage of boardroom politics and PR antics. Most know that Benitez was blocked from bringing in the players he wanted this summer to strengthen the team, and was left deal with an average squad that relies on hardwork, organisation, and a spark of creativity to get through a 38 game campaign.

That is the truth, but we have to be completely honest. Benitez is not entirely without blame. A manager's job is to get the very best out of a squad and set up a team to their strengths. The Spaniard has tried his best to do so, but I get impression over the past couple of games that he is perhaps making a statement to Ashley (who has attended recent matches) that what you're seeing is what you cooked up, now eat it. There have been opportunities to be more attacking, and chances to change a game but it's been met with an insistence to play a structured system. This is fine, and indeed what makes Benitez one of the most respected coaches in the world, but his decision making has been questionable at times - there's no defending that. His substitutions during games has left some bemused, while a determination to keep loyal to certain players has also raised eyebrows.

Most will point to the sale of A. Mitrovic to Fulham who has done well for the Londoners since joining. The Serb has proven pretty clinical in front of goal, while the Magpies can't buy a goal. Dwight Gayle was shipped out to promotion-chasing West Bromwich Albion in return for a so-far Islam Slimani #2. These are the arguments of various fans on a weekly basis, but there needs to be a sanity check, too. Only a fool would think think that the blame lies solely with Benitez or the situation falls at the feet of the 58 year-old.

There's a lot of football left to be played, and we are lucky enough to have Rafa Benitez in charge. A tactically astute coach that should be managing at Champions League level instead of fighting relegation with Newcastle. Benitez is a loyal character, and will take all challenges in his stride. He won't panic, or make a hasty decision. His moves will be calculated, but even the former Madrid manager will be somewhat anxious as the New Year approaches.

If Newcastle are rooted to the bottom of the table come the start of 2019, January is the only lifeline the club will have to attempt stay up. The transfer window will present an opportunity to bring in a few new faces to break away from the relegation zone, but if Mike Ashley stays and decides to follow his gambling instinct and ride-out another clueless decision then we can probably wave goodbye to both EPL football in 2019/20 and indeed Rafa Benitez as manager of Newcastle United. A sad but realistic prospect.

In December of last year I wrote an article about January and how it would define the future of Newcastle and as things stand we are headed towards a raging bombfire. The club needs to be sold, and recent murmurs may hint towards that very prospect. We can only hope that a sale can materialise and be completed soon. It's probably daft hope that we can lure new owners and build a future with Rafa Benitez at the helm for the next 10 years, but as Elon Musk recently said: “I'd rather be optimistic and wrong, than pessimistic and right.."

In a sidenote, I will be soon launching a new feature on Tyne Time called Remember The Game - a completely pointless monthly mini-entry that looks back on a random Newcastle United game from the past 10 years. You might hate it, or you may love it, but it'll certainly jog some memories.