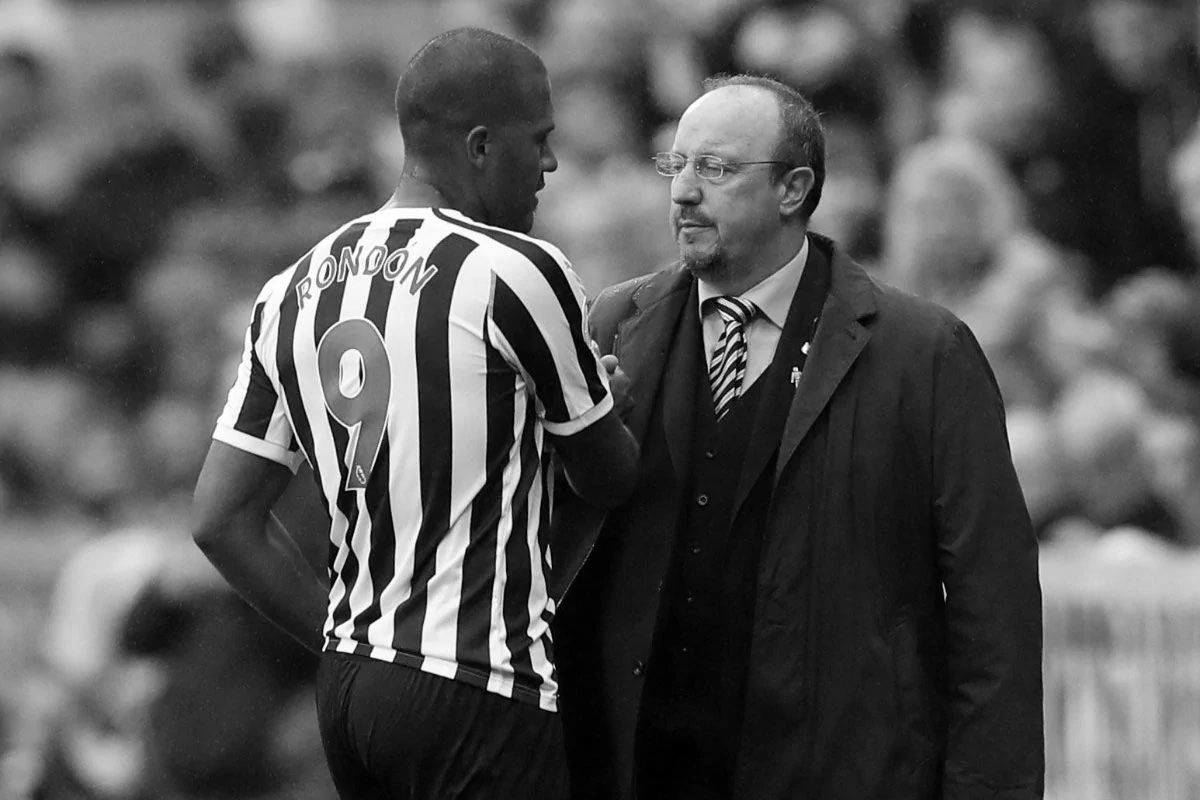 Almost exactly a year ago today, I wrote about a possible takeover of Newcastle United. It was all over the news. Amanda Staveley was apparently closing in on the purchase of NUFC. As we know, it all fell through. Staveley didn't have the financial backing, and Ashley lost patience. The Spaniard at the centre of it all, Rafa Benitez, managed to overachieve with a 10th place finish and hopes for a new owner over the summer grew taller. Despite that, here we are again - approaching a January transfer window with takeover talk, transfer plans in tatters, and sheer confusion around Tyneside. Things haven't been much better on the pitch either, as Rafa's men hover above the relegation zone with what you feel is already an overpeforming squad of players.

All is not lost though, because the takeover talk this time round has been a tad more muted. There has been no mention of possible transfer funds, or grand plans we can expect for the club should a sale happen, but rather a mysterious ongoing process involving Peter Kenyon. It has been backed up by reputable journalists such as George Caulkin and Luke Edwards. They have remained tightlipped, almost silent, merely insisting that things are happening behind the scenes, but pointing to the same tale that happened last year, as insurance. You get the feeling they are very hopeful of actual progress this time round, but do not want to raise heartbeats across the North East. They too, want to protect their well-placed sources.

Yet across fan forums, Twitter, and social media in general, there is a habit of believing all negative tales about club, and dismissing anything positive. It is a trait instilled into fans over the 10 years of Mike Ashley's ownership. The dare to dream, as it should be for any football fan in the world, has become a toxic, and ultimately disappointing potion for NUFC supporters. We don't want to set ourselves up for one more let down. This is Mike Ashley we are dealing with, remember.

The overriding feeling is that there will be no takeover, no January signings, and no Rafa Benitez come June. The fear is that we'll be left in the Championship with a puppet for a manager and a grim future. In truth, this time next month we may well have something to shout about. A takeover may be close, if not agreed, and Benitez may have some cash to work with in Jan, if not the summer. The Spaniard may hold on till the summer and prepare to rebuild Newcastle United FC with more freedom. That is, if prospective owners are keen on keeping him. All of this results in a big ‘maybe’ though. It's a delicate situation, and a draining topic to write about; I can only imagine how local journalists or anyone tasked with reporting on NUFC feel year in, year out.

For now, we focus on matters on the pitch. Victories are badly needed and #9 Salomon Rondon will be crucial in keeping our head above water. He has already proven quite the centre forward, an asset in the air, and excellent at holding up the ball while bringing others into play. His goals will probably be the difference in us staying up or not.

Without Rondon, it looks barren. Without Rafa, it looks bleak. Without new owners, we look buried. As wrote in December 2017, the future of Newcastle United is perilously poised.

And with that, I sign off for 2018. 12 entries this year, many talking points, and a big thank you to all of you for entertaining my thoughts. Here's hoping for an exciting 2019.