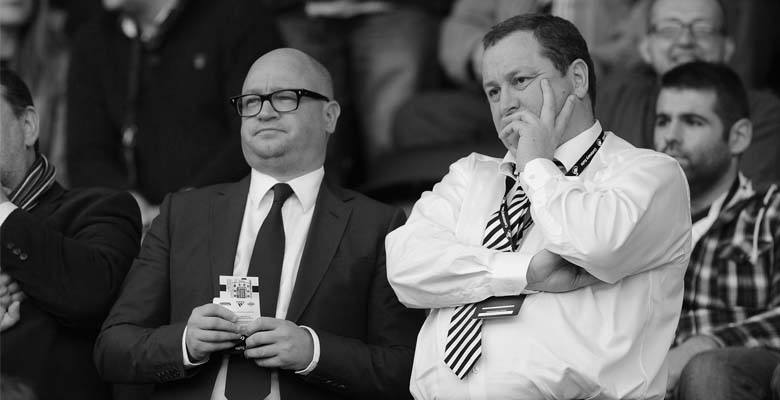 Lee Charnley is name most Newcastle United supporters have come to know in recent years, and mostly for the wrong reasons. He has been labelled a ‘puppet’ for the regime under Mike Ashley as the 38 year-old sat through two relegations behind the scenes at St. James’ Park. Inexperienced and overloaded with responsibility, it was Lee Charnley who gave the thumbs up to appoint Steve McClaren in a predictably disastrous season, and he was also entrusted with the decision to either fire or stay loyal to McClaren in a key point of Newcastle's 2015/16 Premier League season - a decision, coupled with the former, which led to Newcastle's demise into the second tier of English football. Whilst having genuine fears for his job as Managing Director this summer, Ashley kept faith with Charnley and handed him the keys to Newcastle United Football Club. The former executive understudy is now the most senior decision maker at St. James’ Park, with only the Ashley himself having more control.

Fast-forward to July 2016 and NUFC find themselves preparing for a gruelling campaign in the Sky Bet Championship. While that alone would have many fans moping in sorrow and anger, things are different at Newcastle United. Incredibly, the atmosphere is one of genuine excitement and real hope for the future. This is all down to one man:

As many will know I have been critical of Charnley in the past and rightly so - he didn't really have an idea of what he was supposed to do last season, and let business logic dictate from true footballing need on Tyneside last year. It ended in relegation. However, we move on - as a fan base, as supporters, as a United football club. Charnley acted quickly following relegation to secure a new deal for Rafa Benitez, despite the ex-Liverpool boss being eyed by the Spanish FA to succeed Vincent del Bosque.

Benitez - overwhelmed by the emotional connection between himself and Newcastle fans decided to stay on. All his contractual requests were agreed to by Charnley, a sizeable transfer kitty put in writing, and a long-term vision for a football club that wants to veer itself away from being just a number.

Rafa may have needed some convincing, but credit to Charnley - he obviously left a strong impression on the Spaniard, and their working relationship is said to be very positive. Benitez alluded to exactly that a few weeks ago, citing: ‘my relationship with him [Charnley] is very good,'.

There is clear indication in recent months that Charnley is learning, and learning quite quickly. One only needs to point to the swift action taken to install Benitez for the upcoming season, but rather the manner in which it was completed (no haggling over terms) - something that signals a change in mindset in the corridors of power at St. James’ Park.

The club's transfer activity has also marked a steady improvement. Players are leaving as expected following the end of the Euro 2016 but they are being replaced often ahead of time. Matt Ritchie (officially, at least) arrived before Townsend was given the green light to head to Crystal Palace, while Fabricio Coloccini's departure to Argentina was quickly fixed by the signings of Isaac Hayden, Jesus Gamez, and most recently, Grant Hanley.

There hasn't been any messing about on Charnley's part, and nor can he afford to. This is a massive season for Newcastle United. Promotion is a must, and that is the thinking on Tyneside, echoed by their signings and investments both in staff and facilities. Winning the league won't be half as easy as 2010 turned out, but Rafa is assembling a battling squad with enough quality - both mentally & technically - to fire us back to the money-pot that is the Premier League.

Charnley is learning, and not before time. The real lessons however, will be known come May 2017.